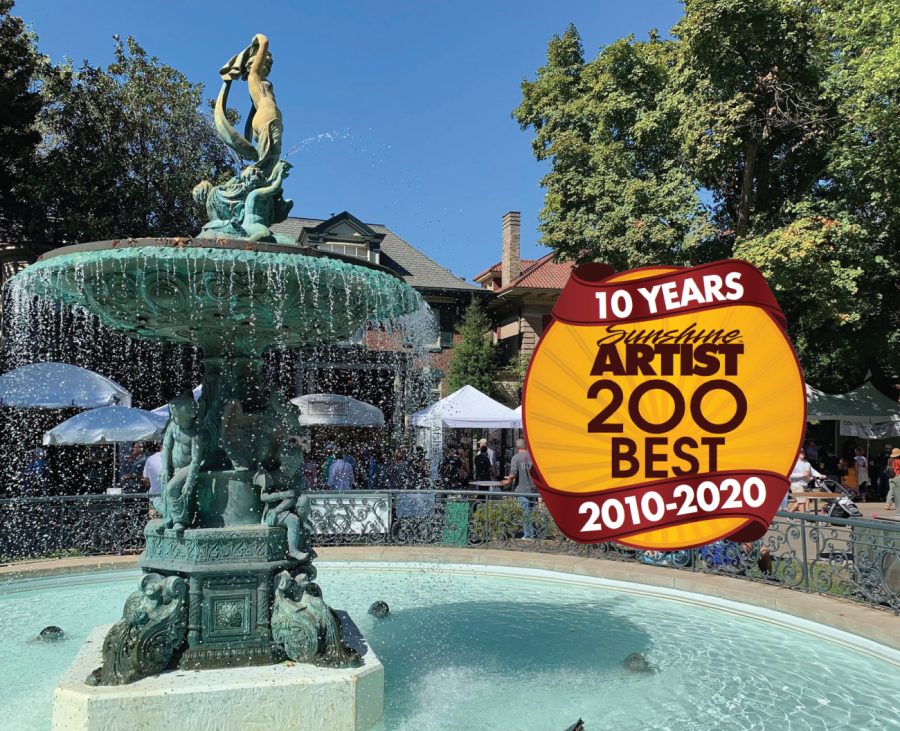 This piece was submitted by Anna Burzynski (10, J&C).

The St. James Court Art Fair is back this year on the 1-3 of October for its 65th anniversary after its absence due to the Coronavirus. Since last year’s virtual show, artists are excited to return back to an in-person fair. Due to the ongoing pandemic, there is a request by the fair that all people who are unvaccinated or immunocompromised should wear a mask, and the sick should stay home.

There will also be a vaccination station at the show for those eligible to be vaccinated. All volunteers and food vendors will be masked, gloved and behind plexiglass. Also, artists will be masked and are allowed to require masks within their booths. There will be hand sanitizer booths in order to ensure extra safety for everyone.

This community has had such a presence that the fair has been named #1 Best Fine Art & Design Show in America by Sunshine Artist Magazine. While speaking with executive director of the show, Howard Rosenberg talked about how anticipated the show is around the country, drawing artists from around the country and from Canada. He added that there is a sense of community among the artists. Whether with veteran artists or new ones, you are able to feel that sense of community when you look around the booths.

The fair started in October 1957 as a way to raise money to fix a fountain on St. James Court. It has now spread out along St. James Court, Belgravia Court, Fourth Street, Third Street, 1300 Association and West End Baptist Church. This event has been a longstanding tradition in Old Louisville. It continues that legacy by donating hundreds of thousands of dollars to charities around Louisville and puts money towards keeping up the infrastructure of the area.

Despite the difficulties providing for public safety,  the fair is expected to be just as large as previous years and is a great place to view various arts and crafts. Rosenberg encourages people to come to the fair by saying, “We just want people to come out and enjoy and have a good time and support the arts.”