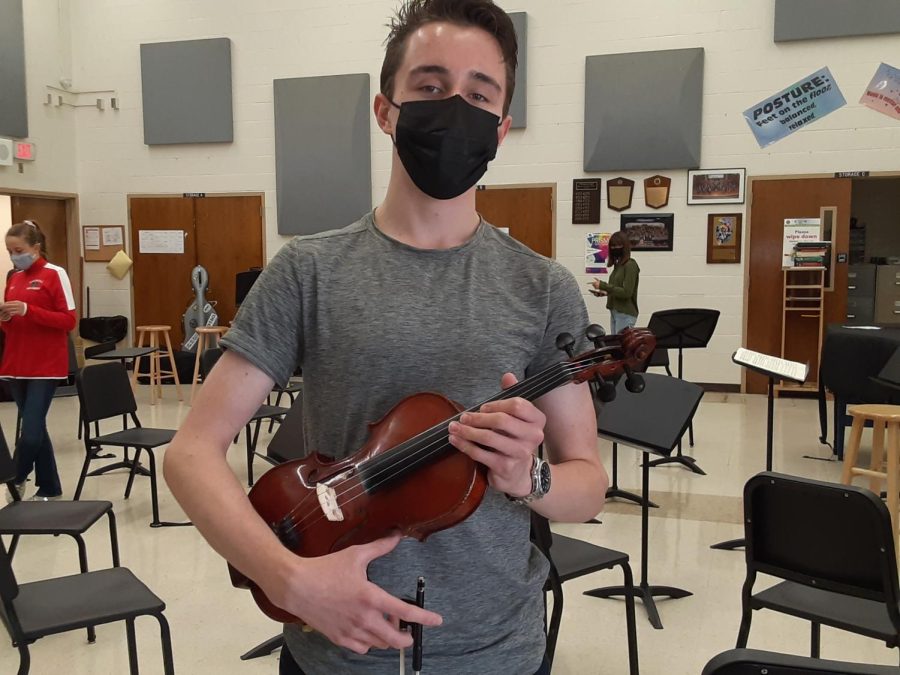 Zach, (9, YPAS) packing up before fall break. "Playing at Manual) is very different from playing in middle school, much more enjoyable."

This piece was submitted by Brianna Jones (10, J&C).

The YPAS Orchestra will be performing a concert in the YPAS auditorium on October 5th, 2021. Tickets will be free to reserve online once the link becomes available to the public. The orchestra will be divided into four groups. These groups are Philharmonia, which is the most selective group, Chainva being next, then Concert and finally the freshman group String Technique.

This year is special because usually String Technique does not perform in the concert. “They’ve been doing so well this year, I would like to showcase them,” Mr. Lu, the YPAS orchestra instructor stated.

Huadong Lu, born in Guangdong, China, has been the YPAS Orchestra instructor for two years. He performed in the Guangdong Orchestra when he was younger, went to Kent State for college in 1990 and graduated in 1993. This was the same year he started teaching in public schools and began teaching at YPAS when he saw an ad for an orchestra teacher. “I like teaching here because the students are so professional and so serious about what they do,” he said.

The Orchestra students have been working very hard for this performance and continue to get better every day. Once again, if you would like to reserve tickets when available to see all groups perform, be sure to check out this link and show your support!