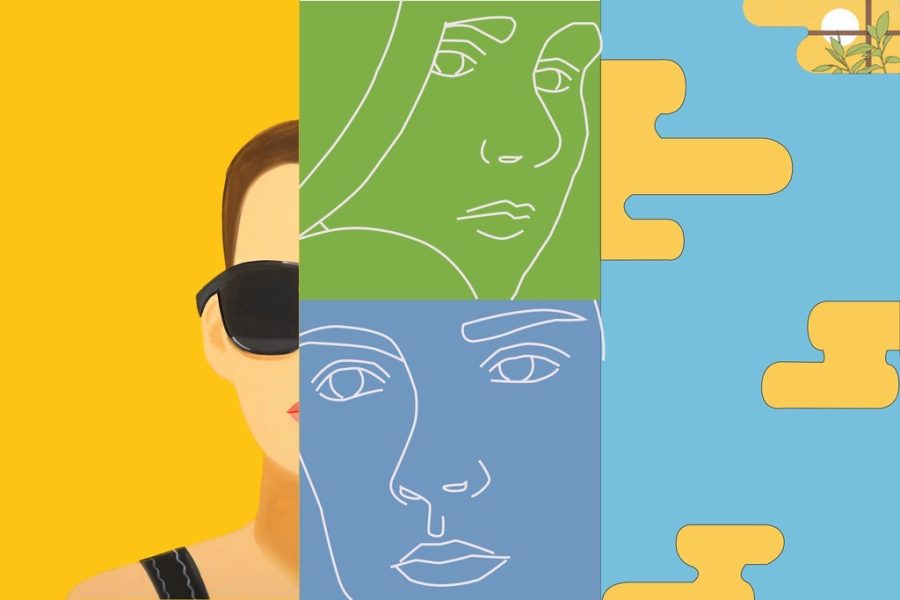 Sally Rooney is arguably one of the biggest novelists currently in publishing. Her 2017 debut “Conversations with Friends” burst out and seemed to breathe new life into the literary genre through her fascinating characters, down to earth prose and unconventional writing style. Her second book “Normal People” received widespread acclaim  and cemented Rooney’s status as one of the best writers in modern literature. Now, the quotation-mark-hating author of our generation is back with her third book “Beautiful World, Where Are You,” which has once again earned Rooney critical acclaim.

At first, it was difficult to see how three plotless books focusing on Irish millennials could be compelling enough to become a phenomenon; however, after digging deeper into the wonderful world of Sally Rooney, it becomes difficult to see how you couldn’t become enraptured by these storylines.

At their cores “Conversations with Friends,” “Normal People” and “Beautiful World, Where Are You” all essentially touch the same bases. Mildly unpleasant Irish people engaging in morally questionable relationships while discussing modern political issues. That’s pretty much the best overarching summary. Working off those descriptions and basic concepts makes it seem odd that these books could ever become bestsellers, but the numerous awards won and Hulu series based off of her work speak to its charm.

Besides sordid affairs and waxing poetry on political issues (as any good novel should), Rooney’s books lack very basic parts of literature: a sensible plot with direction, quotation marks and at times even a coherent structure. In “Beautiful World, Where Are You” paragraphs can often take up pages with no indentation. They sound almost borderline unreadable when described, yet The Guardian ranked “Normal People” as one of the 100 best books of the 21st Century. What’s the secret to their success? Why are these books so popular?

The answer can be found lying in the prose. Rooney portrays characters with incredible emotional intensity and spins realistic fiction throughout each one of her unconventionally written novels. In other words, each character feels like a real person and an everyday, ordinary person could theoretically exist in their shoes. It’s conceivable that Frances and Nick from “Conversations with Friends” along with Alice and Eileen in “Beautiful World, Where are You” exist because despite going through often wacky or unrelatable situations (in the everyday life sense), their emotions and thoughts in the situations are both compelling and down-to-earth. They’re contradictory in their wants and their beliefs on what the ethical thing to do is, just like real people, who are fallible and definitely not a perfect hero. People crave to be able to connect and relate to characters. Not to mention, the same heroic and cliche plotlines can get a bit tiring.

The lack of direct plot is mainly a reflection of the life of so many new adults and millennials: cramped apartments, being stuck in difficult relationships and constant political turmoil that permeates our thoughts. The only sort of plot in any of the books is the morally questionable relationships the characters engage in. Whether that be a main character who has an affair with an older married man, two teenagers who secretly hook-up despite being from different economic classes or a main character who hooks up with her childhood friend (while he’s in a relationship), Rooney never shies away from confronting the often messy realities of relationships. It’s part of what makes the novels so interesting. In essence, Rooney has created the ultimate character-driven novels that allows for a non-perfect beginning, middle or end.

Another feature of Rooney’s novels are the politics that pervade the characters. In “Beautiful World, Where Are You,” Eileen and Alice email back and forth sharing how their relationships are going and commenting on modern political issues, their topics range from comparing the present day to the collapse of the Bronze Age. Oftentimes, both Eileen and Alice comment how strange it is to be focusing on relationships and love in a time of great political crisis and how unimportant it feels compared to everything else.

It’s an existential dread quite prevalent in younger generations and these two capture it perfectly. Despite their acknowledgement, they offer no solution because they can’t. They’re just two normal people in their late twenties. As Alice says, “…humanity on the cusp of extinction, here I am writing another email about sex and friendship. What else is there to live for?”

Sally Rooney’s books offer some of the most complex characters in modern literature and definitely aren’t for the faint of heart. She uses her quirky writing style to her strength and creates compelling prose that reveals relatable and often gutting emotions to readers. Very few modern authors can claim to have completed novels of such intensity while also achieving such success. The claim that she’s one of the greatest authors of the modern era rings true after reading all three books and her words will pervade your mind long after you finish that last page.