Cross-country secures their spot in the KHSAA 3A State Championship 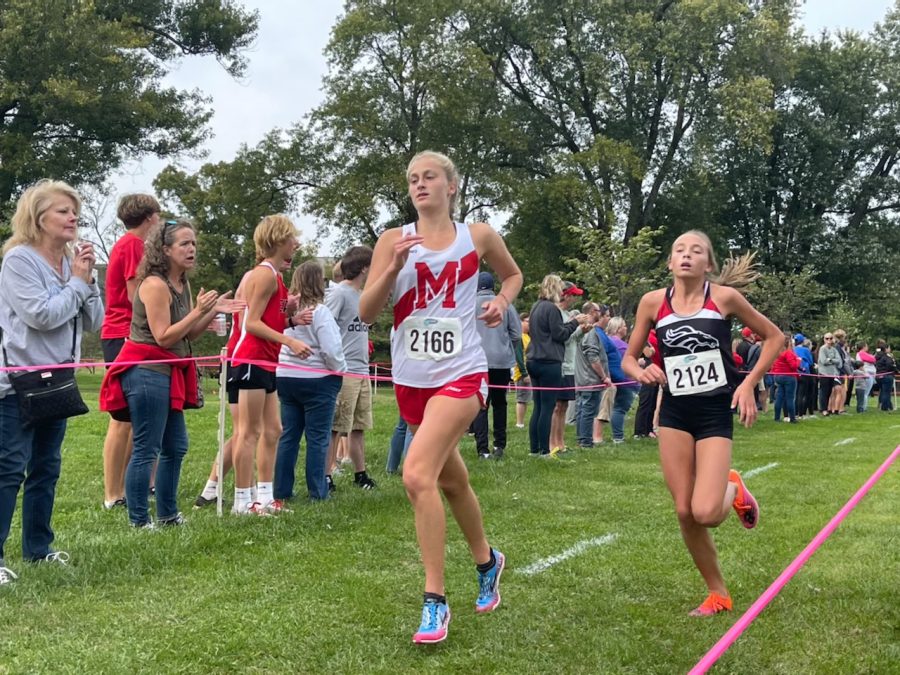 Nicole Farnsley in stride during the home stretch. Photo by KC Ciresi.

The girls’ team finished first with seven runners in the top ten earning their spot in the KHSAA State Tournament.

Cross Country Girls finish 1st at the Region 3 meet with seven in the top ten and punch their ticket to State! @ManualAthletics @duPontManual pic.twitter.com/PwNViwrxVi

First place in the girls’ race was Manual’s Jessica Secor (11, HSU). Secor won first place for the third straight time this season and even had an 18:18 season PR (personal record).

“I felt the best during this race than any other race this season, so that’s pretty good and I’m glad because it’s the end of the season,” Secor said.

The tactic for the boys’ team in this race was to pack runners. The pack consisted of five out of their seven runners and placed within the top 30 in the race.

Within the pack, there was only a 21-second spread between the first and fifth runner.

“Overall, I think we can run better but this is our best team performance so far,” Coach Holman said.

“This is definitely our best race this season all of us worked together as a team,” Chandler said.

Both teams will compete next in the KHSAA Class 3A State Championships next Saturday at Kentucky Horse Park.