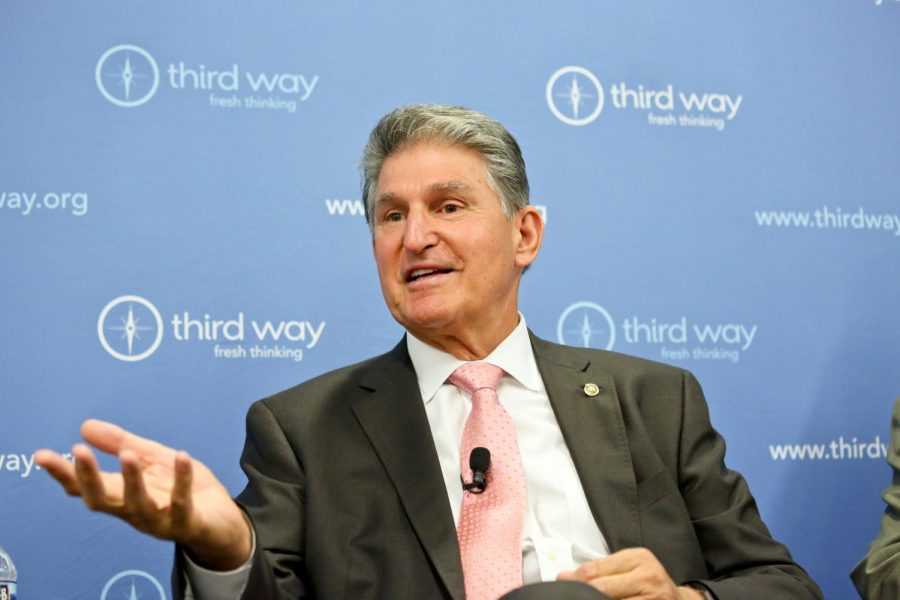 As a 74 year old Democratic senator from West Virginia, Joe Manchin wouldn’t be one’s first choice as the Senate’s linchpin. He hails from the 2nd poorest state, with the 9th smallest population. Manchin is the sole Democrat in Congress for West Virginia, a state that almost two-thirds of voted for Donald Trump in the 2020 election. Manchin himself barely won his reelection bid in 2018 against Attorney General Patrick Morrisey, only by 20,000 votes.

Joe Manchin may be a Democrat on paper, but he keeps popularity by being extremely centrist. This entails everything from wanting to eliminate under-the-table campaign donations from big companies, to protecting coal workers and their 2nd Amendment rights. He has the power to swing either way on a variety of issues, and the current Senate situation has given him ultimate power to decide what gets passed, and what doesn’t.

At the moment, the U.S Senate is tied at a 50-50 split between Democrats and Republicans, with Vice President Kamala Harris (Dem.,Cali.) as the tiebreaker vote. Usually most bills can’t pass without sixty votes in favor, but some bills, called reconciliation bills, require only a simple majority (51 votes) in order to make their way to the president’s desk. Reconciliation is a tool used by both sides of the chamber in order to pass laws that only their side approves on, usually in the form of tax or spending bills. The use of this tactic allows lawmakers to negate the possibility of a filibuster, where members of Congress try to delay a piece of legislation, and go right to a vote on the proposed bill.

As the 50th Democratic vote on all reconciliation bills, Joe Manchin theoretically holds the power to “veto” any bill he dislikes, or just coerce liberal lawmakers to work the bill around what he wants, using his decisive vote as the ultimate leverage.

At the moment, Joe Biden is attempting to pass his Build Back Better plan through Congress, which includes investments in child care, clean energy, healthcare, and affordable housing, all of which is to be paid for through added taxes on the U.S elite. Though all of these issues may be covered in the bill now, no one exactly knows what will be in the act by the time it reaches the Senate floor. This is mostly due to Manchin, as he has vocally disapproved of many aspects of the bill, and refused to vote with his party unless they catered to his demands. He already was able to downsize the bill from around 3.5 trillion dollars, to around 1.75 trillion instead.

On the issue of affordable housing, Biden’s plan involves creating over 1 million new homes for lower and middle class Americans, as well as creating more equitable communities by expanding vouchers for rental assistance. Due to the pandemic, there is currently a housing shortage of an estimated 3.8 million units, causing prices to increase dramatically. Inflation is also at an almost 30-year high, reaching 6.2 percent over the past year. Joe Manchin argues that the government giving out money for renters and housing would occur before the building of the new houses, driving up the prices even more than their current extreme rate. He wants to build the supply of houses up before the government is to distribute any more subsidies, so that way the recipients will actually have houses to purchase with their vouchers.

Paid leave is another hotly debated topic that has been drafted into the Build Back Better plan, with President Biden proposing twelve weeks of paid family and medical leave for working adults. The main issue is that twelve weeks is too costly, and that this section is very susceptible to challenges or to being repealed, as the Republicans could point to the fact it only passed with a simple majority, and its cost, as reasons to rid themselves of the Democrat’s endeavours. Joe Manchin is the one who argued against 12 weeks of paid leave, and with the bill’s future in the balance, the Democratic leaders of the Senate have tried to negotiate it to at least 4 weeks of paid leave. Manchin argues that paid leave should be put into a separate act to avoid future retaliation from the Republicans, and that putting it in the Build Back Better plan is the wrong way to legislate the bill.

The last major component of the plan is over climate change. Biden has proposed including a 7,500 dollar tax credit for any American who buys an electric car through the year 2026. This is to increase the demand for more clean energy friendly substitutes, with another added tax credit of 4,500 dollars for anyone who buys their electric car from an American-made car from a unionized company, such as Ford or General Motors. Manchin has vehemently opposed the tax credits, calling them “not American”. This is because he believes the government shouldn’t artificially use things like tax credits to reward people to move towards clean energy. He reasons that in a capitalist society, “you let the product speak for itself.” His state of West Virginia is known for the large supply of coal it generates, and he wants to appease his voters and keep them in a job, as long as people still buy their product. Using people’s tax dollars to downsize the market most West Virginians draw from is one of the main points Manchin has said he will “never stay from.”

No one knows exactly when the Build Back Better plan will be passed, but everyone can be assured that the loudest voice in the bill’s writing will be the one and only Joe Manchin.

Featured Image Citation: “Senator Joe Manchin (WV)” by Third Way Think Tank on Flickr is licensed under Creative Commons Attribution 2.0 Generic. No changes were made to the image. Use of this photo does not indicate photographer endorsement of this article.