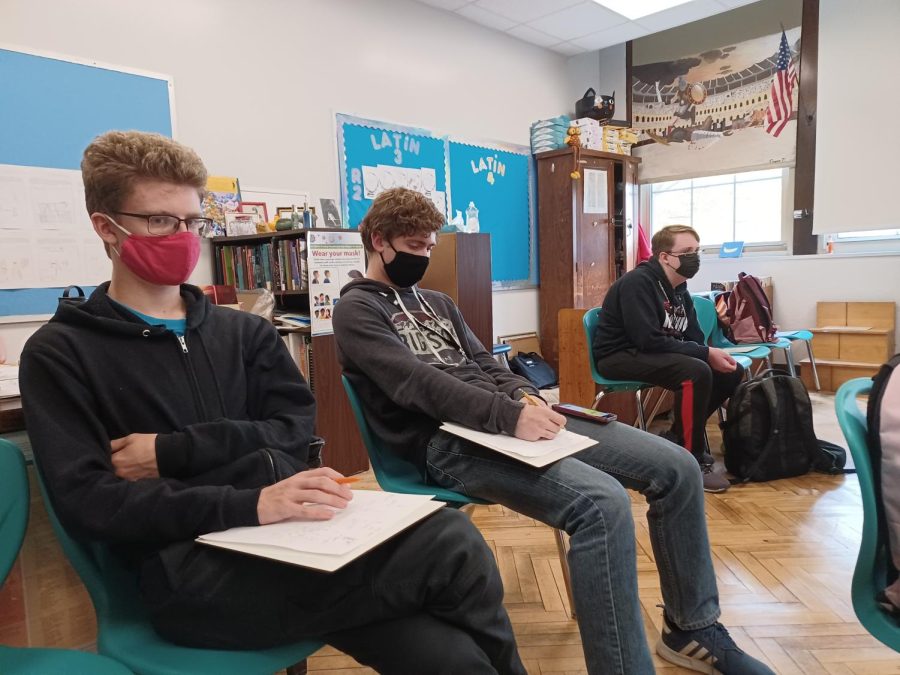 While on the sidelines, the students take notes on questions asked and prepare lists of topics they need to study. Photo by Gavin Kissling.

The Quick Recall team from Manual cements their undefeated record with a win against Male in the final match of the regular season on November 17. They won a best of three match with the first game at 28 to 10, and the second 33 to 8.

Both teams can call a timeout

to swap players, or can wait until halftimes. All of the students played for at least one half of a game, and no students had to play longer than two halves in a row, with only two playing three total halves of the two games. The games lasted from 3:00 to 4:26, with two 10 minute halftimes and a five minute break splitting up the games.

Questions included categories from facts about plays like “A Doll’s House” to solving logimytheric equations. The teams had five seconds from the end of the question to buzz in and answer and win their chance for a bonus point– a ten second question where they can talk with their teammates. The team marked down questions they didn’t know as study material to help them practice and improve their skills for future matches.

The teams played over Google Meets using a website called BuzzInLive as a buzzer system. One or two technological malfunctions occurred and the match was able to continue.

The team is planning on attending a Quiz Bowl Tournament on December 4, and Governor’s Cup next semester.