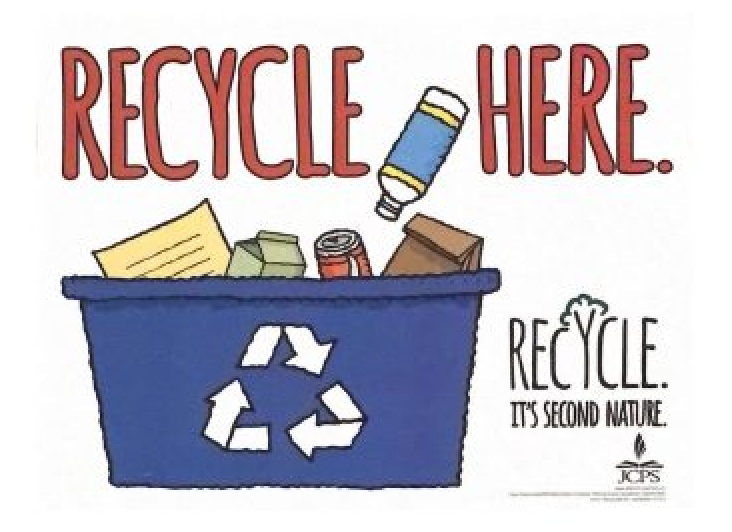 Reduce, reuse, recycle. In that order.

It’s a phrase that has been repeated over and over since before we were all in elementary school. Yet, people seem to treat the phrase backwards.

With newer technology, practically everything can be made at lightning speed. That is, at the expense of quality. Once touted as a highly durable material that lasts long, plastic is now used as a cheap material to make single-use disposable items that often lasts barely a day in people’s storage. But it lasts much longer than that in reality. Single-use plastics usually take from 20 to 500 years to decompose.

But, not to fret, it can always be recycled, and Mother Nature is saved from the horrors of people littering. Corporations create the trash, but if the consumers don’t throw every single piece of trash in the correct bin, then it is, of course, their fault.

That is how the anti-litter organization Keep America Beautiful came to be founded, now partnered with global leading single-use plastic polluters and producers like Coca-Cola, Nestle and Dow Chemical Company.

“People start pollution. People can stop it.,” said the Crying Indian, played by the fully not Indian Italian-American actor Iron Eyes Cody, in the commercial of the same name. The iconic commercial was first broadcasted in the 70s as a PSA from Keep America Beautiful as a way to emotionally guilt viewers to not litter or else they’ll make the fake Native American cry. Looking through the comments, supposedly some credit could be given to the commercial’s success. But, as the plastic bag dropped through the car window onto the ground, never was the producer of the bag mentioned, so as consumers were bawling from the fake Native American’s tear, manufacturers continued to put increasing amounts of plastic into the world and money into their pockets. With 381 million tonnes of plastic produced globally in 2015, I think it is reasonable to say that most of it was not recycled, no matter how touching the Crying Indian was.

Other than allowing corporations to stay in moral line with the general public, recycling has other economic benefits too. It is much cheaper to use recycled materials instead of making new materials to produce goods.

For the U.S., recycling was especially beneficial because China used to buy much of the U.S’s trash, which would then be crushed into material for manufactured goods, until the country banned waste imports at the end of 2017 because China was already producing enough trash of its own to turn into materials, and the imported trash was simply filling its landfills.

Since then, recycling of plastic and paper has fallen in profitability, leaving people to reconsider the environmental costs in turn for economic costs.

Much of recycling losses come from contaminated materials, or nonrecyclable recyclables. With the switch to single-stream recycling, contamination is even easier to come around. Just as how the U.S. would mindlessly send their trash to China to deal with it, people throw away practically any plastic or paper, expecting recycling disposals to seamlessly separate all the recyclables from the nonrecyclables for them.

The carelessness comes from a lot of things. For one, not all products marked with the “recycling symbol” are recyclable; the number inside the chasing arrows refer to the type of plastic a product is made out of. A lot of the time, there’s also multiple types of plastic in the packaging.

Products that use mixed materials are some of the hardest things to recycle. While Capri-Sun’s are technically made out of recyclable material, the pouches are made up of layered aluminum and plastic bonded together, making the separation process difficult and usually not worth the effort for a small amount of material. Despite this, Capri-Sun does claim to have a commitment to eco-friendly packaging.

Many of the recycling rules can be admittedly confusing, but when people don’t check, they tend to think that it’s better to recycle anyways in hopes of being environmentally friendly.

“Recycle. It’s second nature.” That is part of JCPS’s marketing strategy to get more students and staff to recycle more. Focusing on what not to recycle, JCPS recycling posters attempt to show that recycling is simple.

Complying with Kentucky Revised Statute Chapter 160.294, JCPS requires a recycling bin that holds a clear bag in every room. The clear bag is used to differentiate from nonrecyclable waste in the black bag.

Part of JCPS’s recycling plan is to start off with elementary schools, so students can move into middle and high school with that knowledge already ingrained.

From data recorded by JCPS’s materials recovery facility (MRF), WestRock Recycling, Manual averaged 3.36 pounds recycled per student of a 1427 student population size in November 2019, the latest data before COVID. This ranks Manual 105th out of all 150 JCPS schools. Other JCPS magnet schools like Central averaged 3.73 pounds while Male averaged 3.25 pounds.

Joe Irwin, JCPS Environmental Coordinator, estimates about 25% of total JCPS waste is recycled. Although, up to 90% of JCPS materials are recyclable. Most of the nonrecyclables are foods, liquids, multilayer materials, and styrofoam.

All data from WestRock is collected before recyclable materials are separated from nonrecyclables, making the exact amount of contamination in JCPS recycling unknown. But, Irwin believes recycling contamination to be quite the issue at schools.

“We had a school recycling everything. I mean, even the brown paper. They just threw it all in the green dumpster. And eventually they [WestRock Recycling] found that route of the truck drivers and said ‘Hey, we’ve got big black bags for used sanitary paper towels in the bathroom. Now we have to pay to get rid of that and send it to the landfill,’” Irwin said. Waste like brown paper towels and tissues are often already made from recycled material, making the weakened fibers nonrecyclable.

JCPS benefits economically from recycling, as it costs about half as much for the district to recycle than emptying waste. But lack of funding makes the process not as effective as it could be.

“Every dollar that’s spent on operations is a dollar not spent on education,” Irwin acknowledged.

The district spends about $200,000 on recycling, and while Irwin wishes there could be a sustainability auditor to ensure JCPS schools are recycling correctly and efficiently, there is too much possible pushback from parent complaints about tax dollars not going towards education. So, for high schools especially, much of the sustainability education depends on peer communication and teacher motivation.

“[In] Atherton, we’ve had a couple of motivated teachers who started doing this in the cafeteria. They’d give about two hours of their time and talk to them [students] every single day about recycling,” Irwin said. “Those people are like gold.”

But, without mandated sustainability assistance in schools, this motivation usually collapses once students graduate or teachers retire. Since seven years ago when Irwin was hired as Environmental Coordinator, he has found this to be an ongoing issue, finding continuity virtually impossible.

In the end, many people think of the wrong green when it comes to recycling. If money can’t be saved, or extra money has to be spent, the environmental costs of not recycling is no longer considered.

“I say recycling is the cornerstone of sustainability because it’s something we’ve done for many, many years, before windmills, hydroelectricity, and things like that,” Irwin explained.

From the U.S. and China to JCPS and WestRock, recycling goes beyond your hand and the recycling bin. Recycling items that you don’t know are recyclable can be less environmentally friendly than thought to be if contamination makes recycling facilities lose more money than gains. Lack of funds means it is going to take a collective effort to educate students and staff about what can be recycled. But for the times you don’t know, sometimes it might be better just to throw it in the trash.