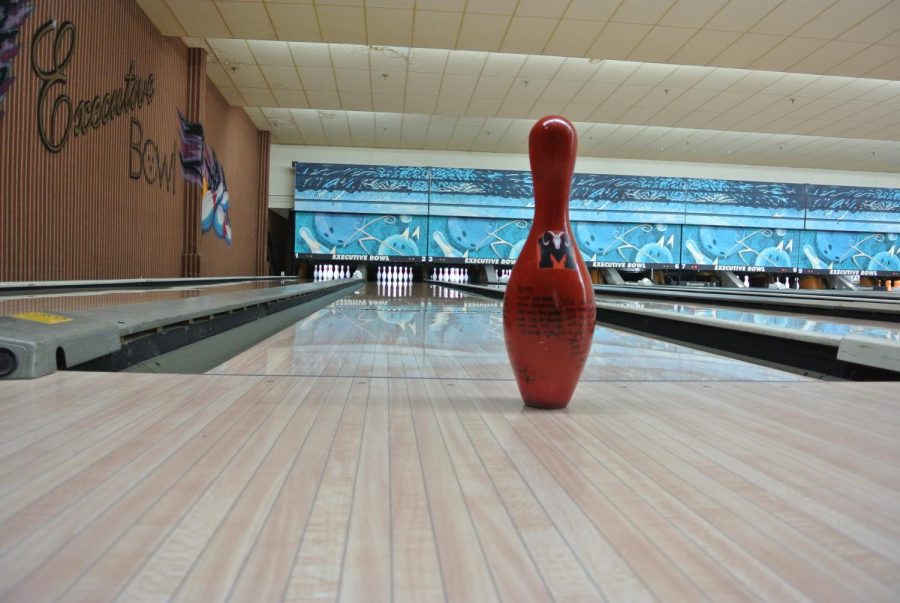 On January 13, Manual’s bowling team celebrated senior night during a match against Eastern High School at Ten Pin Bowling Alley. Since then, the girls’ team went on to win the Region 4 Championship, advancing them to the KHSAA State Championship, after which their season ended.

Kylie Seraphine (12, HSU) described the team’s season as unpredictable. “This year has been honestly like a rollercoaster. Sometimes we didn’t do so great, other times we did really good,” Seraphine said.

Seraphine, Manual’s football homecoming queen for the 2021-2022 year, is a three-sport athlete, competing in softball, soccer and bowling. She was also selected for the All-Region 4 team for bowling.

The girls’ team closed out their season with a 6-2 record. The boys’ finished theirs at 4-4. Another one of the team’s seniors, Andrew Kelmanson (12, MST) outlined how their season works.

“Most of the time, we have two types of matches: tournaments and games. Games don’t have a huge impact on the result, it’s more like practicing, leading up to it. Tournaments, they’re definitely different. There’s two different individual games, so we’ll all play individual. There will be four people on each lane; they knock off the worst person and they’ll count up the points . . . They’ll also count the total pin fall, which is how many pins that fell,” Kelmanson said.

Bowling has developed overtime in terms of popularity at Manual. Cory Gibson (12, HSU) explained he was skeptical about joining the team. “It’s my first year bowling and I expected it to be kind of weird, you know, not hype and stuff,” Gibson said.

However, the team developed a camaraderie over the season that led them to enjoy the sport even more. “I started getting friends to bowl, and it was honestly more fun than anything I’ve done at Manual so far,” Gibson said.

“I love how close the team has gotten this past year and how much fun we can all have together. We really made a bunch of good memories,” Seraphine said.