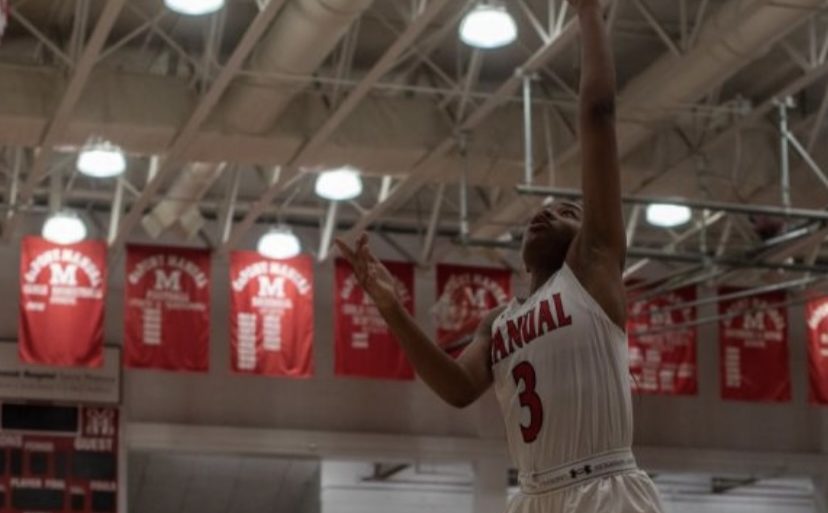 Jakayla Thompson jumps up against a Central defender. Photo by Cesca Campisano.

This year, JaKayla Thompson is a junior combo guard for the Manual girl’s basketball team. The Lady Crimsons are currently 12-5 this season, with a six-game winning streak prior to their most recent game. Thompson leads the Lady Crimson’s averaging 17.1 points per game (ppg) with 52.2 percent field goal shooting, along with a season-high of 27 points against Shawnee.

On January 4, Thompson scored her 1000 career points against St. Francis. “There was just overall excitement because of how supportive my teammates and family were. They (friends and family) had made signs and fat heads for me and really made me feel special about that game,” Thompson (11, HSU) said.

On a historic night, JaKayla Thompson scored a total of 20 points on 62.5 percent shooting, along with four rebounds.

The Lady Crimsons lost their most recent game to Bullitt East, 63-50, in the Louisville Invitational Tournament (LIT) Quarterfinals. With seven regular-season games remaining, Manual girl’s basketball is fourth in the Seventh Region standings and first in the 25 District. Thompson looks forward to winning the 25 District Championship.