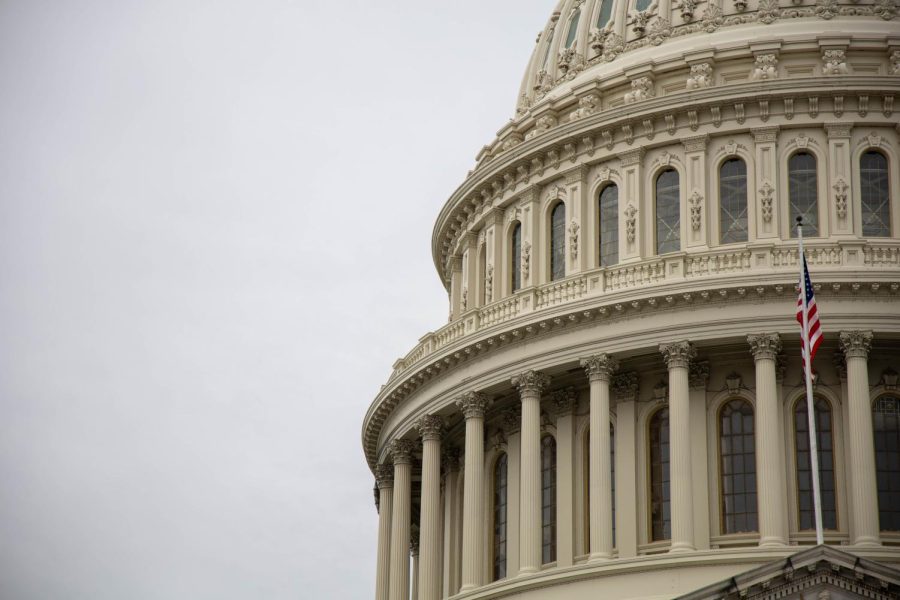 An image of Cheney's former place of work, and where she might one day deliver a State of the Union Address. Photo by Josh Sukoff on Unsplash.

Liz Cheney, Wyoming’s lone representative in the House of Representatives, was ousted in favor of Trump-endorsed Republican Harriet Hageman. Cheney has been a popular figure in Congress for the majority of her reign, holding the third-highest position within the chamber for Republicans. She lost mainly due to her vehement attacks on former President Trump’s behavior regarding the 2020 election and Jan. 6th U.S Capitol attacks he instigated.

Liz Cheney’s primary loss could be the beginning of a new era for conservatives. She has been the face of anti-Trump Republicans and bipartisan efforts in Washington, D.C., since the January 6th attack on the U.S Capitol. Her criticism has garnered national attention, and she’s become more relevant since becoming Vice Chair of the January 6th House select Committee.

Losing her primary and putting herself at odds with her party could stop Cheney from engaging in future campaigns, but it also could lead to her attempting a surprise presidential bid. She could weaken Trump and regain her political standing all in one fell swoop, and considering how loudly she’s been advocating against Trump on and off Capitol Hill; it’s doubtful Cheney plans to leave politics anytime soon.

Cheney furthered the possibility of a political comeback in her concession speech,

“The great and original champion of our party, Abraham Lincoln, was defeated in elections for the Senate and the House before he won the most important election of all,” she said.

Cheney’s comparison between herself and Abraham Lincoln could be foreshadowing for a presidential bid.

They both were Republicans whose views led to constant criticism and the loss of Congressional elections. Abraham Lincoln, however, was a much different person in a much different time. He rebounded by being elected President, took huge steps for human rights and would today be viewed as a Democrat. In this quote, Cheney is using Lincoln’s legacy as a symbol of the positive change she wants to make for the nation. If she ran for president, she could attempt to improve the country just like Lincoln before her.

In her concession speech, Cheney mirrored the Gettysburg Address by referencing the need to honor fallen soldiers’ sacrifices when making decisions. Lincoln talks of the great task of taking devotion from fallen soldiers, and using it to obtain a new birth of freedom. Cheney began a PAC (Political Action Committee) called “The Great Task”, which are organizations used in election campaigning. They gather and redistribute funds to campaigns that support their causes.

Cheney also went on NBC’s Today Show to claim that she’s contemplated running. All of these factors could result in a primary battle, which would likely end with a showdown against her sworn enemy in Donald Trump.

Her recent platform has been her criticism of Trump, but her reason behind this is more complex. Trump’s place at the top of the conservative food chain takes away from Cheney’s trust in the democratic process and diminishes the integrity of the Republican party. Cheney running for president wouldn’t just be a revenge campaign against a political opponent, it could be a crusade for reviving political dignity on the right.

If Cheney enters the Republican primary, her two most likely opponents are Donald Trump and Florida Governor Ron DeSantis.

DeSantis is an up-and-coming conservative politician. He was the United States Representative for Florida’s 6th District from 2013-2018, and has served as Governor since 2019. He maintains an aloof and contentious persona by condemning policies about Covid-19, the “Don’t Say Gay” Bill and voter fraud investigations.

Early primary polls show Trump and DeSantis on a mostly level playing ground. Trump has notoriety from his time as President; however, DeSantis generally has more credibility due to not being Donald Trump. Cheney stands out among the three as being a more moderate alternative. Throwing her into the mix could lead to political uncertainty, and continued attacks from far-right Republicans could make that middle ground status look much more appealing to voters.

Considering Cheney’s alignment, her primary run could lead to disappointment for constituents who prefer Trump’s policies. Former Trump supporters who are looking for a more similar agenda will likely turn to DeSantis. Despite media criticism, he has managed to appear as calm and confident as opposed to the hot-headed and insurrection-causing Trump.

Liz Cheney, on the other hand, has been demonized within the GOP for opposing the former president. Republicans continue to disparage her despite the fact that she agreed with Trump’s policies for 93 percent of her career.

Trump allies within Congress have worked tirelessly to take Cheney down. Matt Gaetz, a Florida representative, hosted a rally against her in her home state of Wyoming. After two GOP votes, she was removed from her leadership position within the party.

With internal attacks coming from all angles, it’s unknown whether or not Cheney can defeat Trump or DeSantis in a primary. It’s more likely that she would take voters away from DeSantis, as the Republican party is still mostly divided over allegiances to Trump. Splitting the vote could actually help Donald Trump in the end.

That doesn’t mean that it’s over for her. Support from anti-Trump Republicans is still on the rise and could impact possible primary results in the future.

Cheney can still come back from the elephant graveyard for disgraced Republicans. She’s strayed too far from her fellow conservatives like a dying elephant strays from its herd, but that doesn’t mean she can’t forge her own path. With or without her herd’s support.