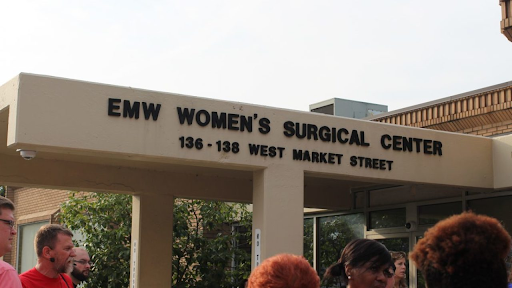 A proposed amendment to the Kentucky constitution concerning abortion rights will be voted on the Nov. 8 general election ballot. The amendment, under House Bill 91, states, “nothing in [Kentucky’s] Constitution shall be construed to secure or protect a right to abortion or require the funding of abortion”.

This bill would reinforce Kentucky’s abortion ban, which would severely harm our youth.

According to a study by the Department of Public Health, people under 15 years old accounted for 13 out of 4,104 abortions in Kentucky that occured in 2020, and 15–19 year-olds accounted for 353.

Pregnancy is not only harmful to the teenager but to the infant as well. The Center for Disease Control (CDC) states that, “In 2017–2018, infants of teenagers aged 15–19 had the highest rate of mortality (8.77 deaths per 1,000 live births) compared with infants of women aged 20 and over.”

Section 1 of the Kentucky Constitution states that every citizen has the right to the “pursuit of safety.”

However, banning access to safe abortions in the state violates this right, as it forces the people that need those services to be forced into unsafe abortions, which increases the mortality rate.

Romania’s restrictions were enforced with good faith, but ultimately inflicted more harm than providing protection. However, despite the lessons learned in Romania, access to abortion has been limited world-wide with dire consequences for pregnant people and their loved ones.

“Year in and year out, this many women (about 70,000 [world-wide]) die of complications of unsafe abortion. An estimated 19 million desperate women each year risk degradation, disease and death through such abortions,” David A. Grimes stated in his 2003 article.

The EMW Women’s Surgical Center is the only licensed abortion clinic in Kentucky, and is currently working alongside Planned Parenthood to fight against the abortion ban. However, their efforts may be further obstructed if HB 91 is ratified, leaving the bluegrass state with nowhere to get abortions if needed. Access to abortion provides youth with their constitutionally given right to safety from the more dangerous alternatives. There is a pledge organized by pro-choice group Protect Kentucky Access to “Vote NO on Constitutional Amendment 2.” Protect Kentucky, vote ‘No.’