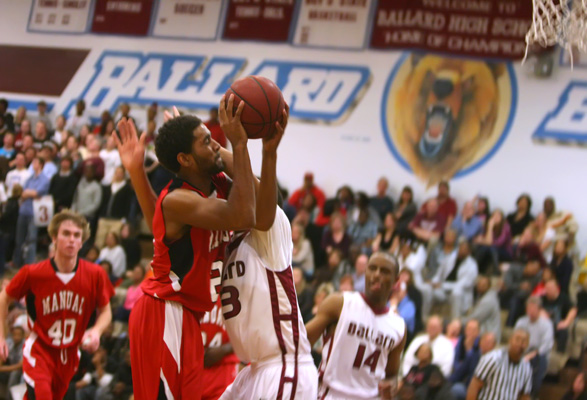 On January 6th, duPont Manual’s boys basketball team took on sixth-ranked Ballard high school at Ballard. Despite overcoming a double digit deficit in the second half, the Crimsons still fell by a score of 81-79 after a game-winning three pointer was waived by way of a timeout called before the shot.[nggallery id=539].