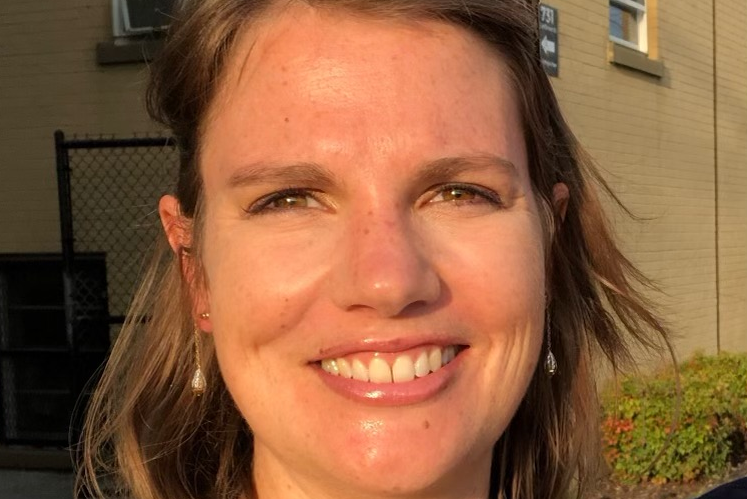 This is a lovely photo of Señora Kupper! Photo by Maria Kupper.

From playing boys lacrosse in high school and teaching at a boarding school on the west coast, Señora Maria Kupper is full of surprises. She is passionate about connecting people through language and performing to the best of her abilities.

Outside of school, Señora Kupper’s favorite hobby is cooking. She enjoys attempting new recipes and making big meals. She purchases the poultry for her foods from the farmer’s market in Douglass Loop, and tries to buy local ingredients when possible.

“I like to do things sustainably when I can, cause I also care a lot about the environment,” she said.

Although she is not a vegetarian, she believes that all animals should be treated properly. She also maintains that once an animal has passed away, each body part should be used. Señora Kupper makes animal stock and saves everything, including the bones.

Señora Kupper is passionate about lots of outdoor-related exploits; she attempts to make time for activities every day. For example, she loves gardening with her daughter Mirabal, named after the female revolutionary from the Republic of Congo, Minerva Mirabal.

“She fought against the Dominican Republic’s Hitler. His name was Trujillo,” she said.

Señora Kupper recounts wanting to learn Spanish from a young age. She narrates the time her brother went to Mexico to “homestay” with a family. Later, the same family visited her home and stayed there. The man her brother stayed with had a little sister who came to visit along with her parents. This little girl helped her realize her passion’s real-life applications, as she could now communicate with this young girl and form a connection with her through Spanish.

“I remember being around that family and listening to her speak Spanish,” she said.

Señora Kupper played for the Saint Francis boys lacrosse team during her junior and senior years. The school had tried to form a girls team, but it was unsuccessful due to a lack of participation. Señora Kupper didn’t mind that it was a boy’s team; she only cared about playing. During those two school years, she faced multiple challenges.

Señora Kupper has to adjust to the sizes of the classrooms and teaching at a public school. So far, everything has been going well, and Senora Kupper is enjoying her time expanding her student’s knowledge of the Spanish language.