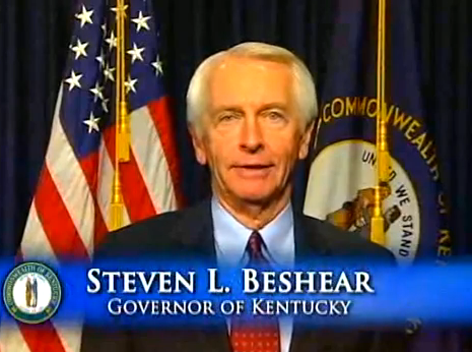 In the video, Gov. Beshear implored the president to give the 2012 graduation commencement address, which has been the President Project’s main goal since its formation in late September. Gov. Beshear’s endorsement represents the highest support for the initiative yet. Other endorsements include those from Congressman John Yarmuth, the Kentucky House of Representatives, Mayor Greg Fischer and Superintendent Donna Hargens. (Click here to see a full list of endorsements.)

The President Project is asking supporters to write letters, which will be sent to the White House. (Click here for more information on writing a letter.)