Opinion: SOPA and PIPA are dead—so what, and what now? 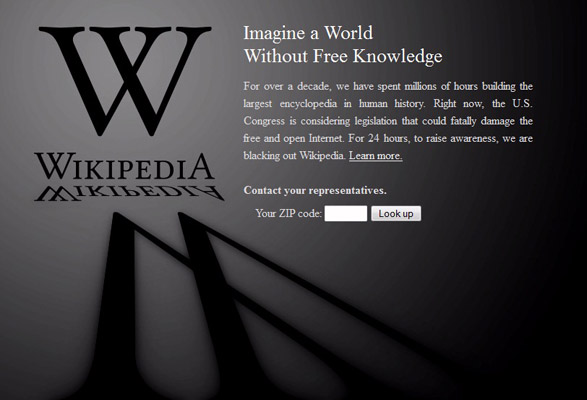 While SOPA (Stop Online Piracy Act) and PIPA (Protect Intellectual Property Act) were written by well-intentioned legislators (and maybe with a little help from major multimedia companies like Universal Music Group), both were fundamentally flawed. Now that legislation to protect intellectual property rights are back to the drawing board for a while, we must consider exactly what should be done.

Illegal downloading doesn’t feel like stealing. Most pirates would never even consider taking a physical CD or DVD from a store. That would, after all, be shoplifting. So somewhere there is an intellectual disconnect between stealing from a physical store and stealing something off the Internet. It’s probably a combination of the facts that it is extremely easy to download things off the Internet, millions of people do it on a daily basis and because there is only a very small chance that there will be any form of penalty at all. And even when there is a penalty, it’s generally just a warning from your ISP (Internet service provider) never to do it anymore. All you have to do is call your ISP and tell them someone else got on your wireless network without your knowledge.

Nobody—not the Internet industry, not user-created content websites like Youtube, not the government and certainly not the artists or companies that have copyrights to illegally transferred digital media—would argue that intellectual property theft (namely Internet piracy) is both morally wrong and a big problem. What they would argue about, apparently, is the best way to combat the problem.

The digitization of media—and especially music—is and always was inevitable. In fact, it has had positive effects on the music industry—it’s cheaper and easier to sell media online, it’s easier to get the word out about new artists, and it’s easier for users to show media to their friends. Of course, as soon as the Internet was created, users started figuring out ways to transfer those files to friends. That’s how the Internet functions.

The problem this creates is that it becomes extremely easy to transfer any file—even the illegal ones. There are multiple ways to transfer or take the files—Peer2Peer sharing, server-to-client downloading and physical media transfer are just a few—and thus the ownership of much, if not most, of all the digitized intellectual property in the world is now compromised.

SOPA and PIPA were both attempts to help digital property owners regain some form of control over their rightful property. The problem with the bills was not their motive, but their means. Their cost—opening the door for Internet censorship and possibly prohibitive restrictions on legitimate website owners—was too great. The Internet industry freaked out, and many major websites “censored” themselves for a day to raise awareness. Internet titans Wikimedia (Wikipedia) and Google led a widely-publicized campaign against the bills, making major headlines across the United States and international media.

Meanwhile, hacker group Anonymous temporarily took down the websites of major media industry companies (the RIAA, the MPAA, and Universal Music) and the websites of the US Department of Justice and Federal Bureau of Investigation in retaliation for a government raid on a major file-sharing website (MegaUpload.com). The raid was poorly timed, to say the least. In addition to raising questions as to why SOPA and PIPA were even necessary if the government already had the ability to shut down major file sharing websites, the conflict ignited even more resistance to the bills.

So what should happen? Should the involved parties continue to rely on legislators to fix the issue, or should they take the problem into their own hands?

The Internet industry should know better than anyone the best available means to punishing pirates and bootleggers. They are, after all, the Internet experts. They could even write (or help write) the legislation.

The websites that fear for their own operational safety—file-sharing websites like Mediafire.com and user-submitted content sites like Youtube—should determine better ways to police their own servers for intellectual property that really shouldn’t be on their servers at all.

The entertainment industry should do more to emphasize to consumers the detrimental impact that digital media piracy has on both artists and the industry as a whole. Who knows marketing and advertising better than the entertainment industry? In the long run, public awareness might be the only thing that saves the music and movies that people love from their own pirating.

These groups—the Internet industry, independent web companies and the entertainment industry—are top innovators. The only way they’re going to end Internet piracy is through innovation. The bickering won’t get them anywhere.

This article is the sole opinion of the author. It does not necessarily represent the opinions of the RedEye staff, duPont Manual High School, its students, faculty or administration.