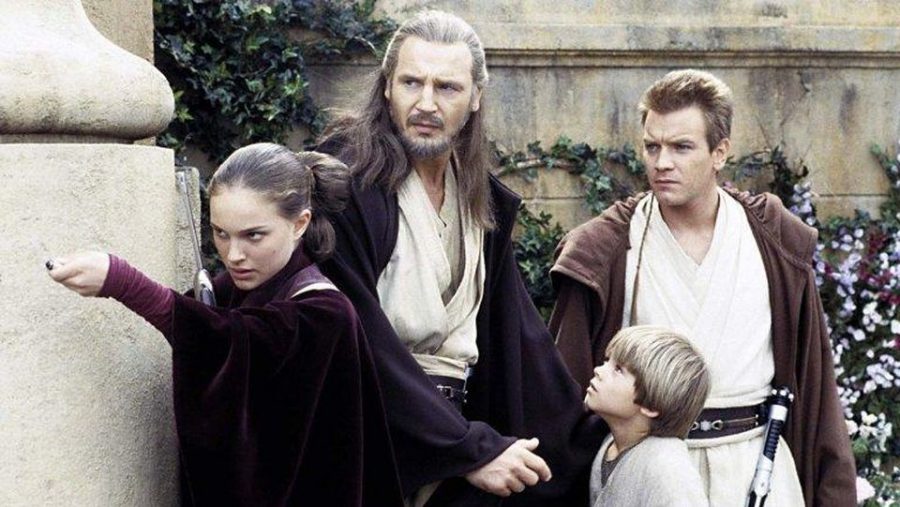 We are all familiar with the idea that the Star Wars prequels were just terrible and to an extent this is a true statement. However, the movies actually had some good in them. “Star Wars: Episode I–The Phantom Menace,” while definitely not the best movie in the franchise, has some great moments and is overall a fairly decent movie.

Phantom Menace had many pros, including its explanation as to how things started, who Obi-Wan Kenobi was, how Anakin became a Jedi and setting the stage for the only romantic relationship in the prequels.

But on the topic of Obi-Wan Kenobi, the downside to him and his master, Qui Gon Jinn, is that they were thrown into the movie with practically nothing, other than the fact they’re Jedi knights. No backstory or anything that we can really connect to.

There may be a good explanation for why this may be, because for some reason, Jar Jar Binks, the most infamous CGI character in the history of bad character development, had way too much backstory than he deserved. Jar Jar was supposed to be a side character, nothing more. They used the time to describe Jar Jar’s backstory, but the movie needed to focus more on Anakin, not everyone else. They should have pulled from “Star Wars: Episode IV: A New Hope,” and focused on Anakin like they did with Luke to create an easier connection between audience and character.

Aside from Jar Jar, and undermined characters, the way they wrote Anikin Skywalker’s story was really interesting, bringing us back to Tatooine, explaining that he and his mother, Shmi Skywalker, how he didn’t have a father and was born a slave to the infamous Gangsters known throughout the Galaxy as the Hutts.

The movie had some great moments, but another thing that made it somewhat odd and not like the originals was that it was more of a political war movie. It was a good idea in that it sets up the next two prequels, but in doing so it lost the “Star Wars” feel.

Of course, “Phantom Menace” did have one really substantial pro: The end lightsaber duel with Darth Maul. Probably one of the best Lightsaber duels in the Star Wars franchise, bringing back the awesome lightsaber effects, making Maul’s lightsaber a giant double saber death machine, it’s clearly a sign not to mess with the red and black sith apprentice.

Another plus would be the fact, Liam Neeson, man the guy’s in everything, played his role as Qui Gon Jinn perfectly. His stature and looks brought life to the character, forgetting who he really was and just seeing Qui Gon Jinn. Even though he had no backstory, not even a hint, we had a connection to him regardless, especially towards the end (Spoilers!) when he is stabbed by Darth Maul.

Although the movie was deemed an epic failure mainly due to the poor writing and the existence of certain characters, one thing saved it: its score. John Williams did, in fact, come back to do the music again for all of the prequels (really when does this guy stop?) and ended up creating one of the best battle scores, mentioned earlier, Duel of the Fates. His score, of course, brought back our love to this movie, even though it wasn’t the best, and made it better than it was made out to be.

Even though the prequels were always undermined by society, many pros came out of them, just not that many. But in retrospect, there was a lot to lean off of in them. So in total, the Phantom Menace was not entirely a failure, though George Lucas was wrong about one thing–Jar Jar is not the key to all of this.

Featured Image Citation: “Star Wars The Phantom Menace” is by 20th Century Fox and Lucasfilms. This still was released for press and is protected under the fact this is a review and can be used for educational purposes.

Leave a Comment
About the Contributor
Tyler Lericos, Staffer
Tyler Lericos was a staffer for Manual RedEye 2019-20. He loves filmmaking and music composing, and spends a lot of time with his baby brother, Jack. You can contact him at [email protected]