Countdown to Skywalker: “Attack of the Clones” Review 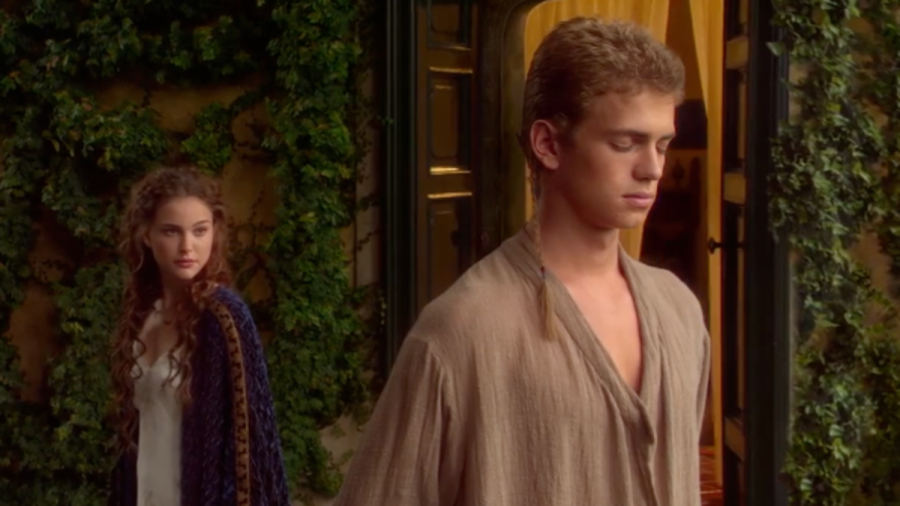 “Star Wars Attack of the Clones” is by 20th Century Fox and Lucasfilms. This still was released for press and is protected under the fact this is a review and can be used for educational purposes.

While “The Phantom Menace” was a fairly anticlimactic beginning to the prequel series, its followup wasn’t much better. “Star Wars: Episode II–Attack of the Clones” had the chance to make the prequels great, and while the stories it tells aren’t bad and add a lot of development to how we get the beginning of the Empire, it lacks in emotion and seriousness where it needs it most, further ruining the name of the prequel series.

“Attack of the Clones” centers around Anakin Skywalker (Hayden Christensen) 10 years after the events of “The Phantom Menace” as he trains to become a Jedi Master under the eye of Obi-Wan Kenobi (Ewan McGregor) while also dealing with his feelings towards Padmé (Natalie Portman). In addition, side stories about the clone army’s creation and Palpatine’s rise in power within the Republic are all featured.

The movie is essentially broken down to those three storylines; Anakin and Padmé’s growing relationship, Obi-Wan’s investigation which leads him to the discovery of the clone army and the Republic’s struggle to keep the galaxy in order with Palpatine growing in power which will lead to his eventual takeover.

It’s important to state that none of these storylines are better than the other. Each of the storylines have good aspects about them and bad aspects, but some are arguably worse than the others. The worse storyline, in my opinion, Anakin and Padmé’s.

Anakin is almost psychologically manipulative towards Padmé and gets her to do anything he wants. When they kiss for the first time in the movie, she immediately backs away saying they could never be, but he almost guilt trips her into being okay with it. Furthermore, his tone is manipulative to make her feel guilty. Even at their wedding, at the end of the movie, she never smiles or acts very happy about the whole affair.

The only great thing about this is that we get to see how Anakin favors his emotions and starts to give in to the dark side, even if he can seem humorous and creepy at the same time

The other two storylines, Obi-Wan’s and Palpatine’s, are not great, but they aren’t awful. Obi-Wan’s story is the better of the two, but it can sometimes be not serious enough and can be laughed at with no farther thought. Palpatine’s story and the political side of the plot can also be easily understood but are boring and lack excitement.

Another positive of this movie is the insight to the Clone Army, one of the biggest aspects of the Star Wars universe. Seeing all the clones for the first time together and in battle when defending Padmé, Anakin and Obi-Wan at the end gladiator scene is one of the highlights of the film.

Furthermore, just as the score is one of the saviors of “The Phantom Menace,” the score in “Attack of the Clones” is just as beautiful. Composed by John Williams, the man behind a lot of the famous scores from famous 80s and 90s movies, the score helps drastic create differences between scenes like Anakin and Padmé’s wedding and the battle scenes and bring back the nostalgia of the original trilogy.

Overall, “Attack of the Clones” isn’t an awful movie, it’s definitely not the best and while it is considered one of the worst additions to the Star Wars franchise (besides the holiday special, of course,) it did what the second movie needed to accomplish by setting up the scene for the third movie.

Featured Image Citation: “Star Wars Attack of the Clones” is by 20th Century Fox and Lucasfilms. This still was released for press and is protected under the fact this is a review and can be used for educational purposes.